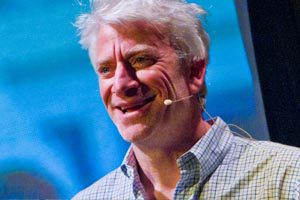 Lawrence did not think of himself as a writer of Westerns, so when he was hired to script a horse opera, he focused his writing on relationships and character. One day while on the set of Bonanza (1959), producer David Dortort told Lawrence he wanted to do a story on each of Ben's wives. The screenwriter enthusiastically replied, "Let me do it, I can kill off at least two of them!" Lawrence thought he would get thrown off the set for saying this, but instead was given the task of becoming the writer who scripted the stories with Ben and his wives, all three of whom died.

He wrote the Outer Limits episodes

The Man Who Was Never Born and The Children of Spider County for the original 1963-1965 The Outer Limits TV series.

Retrieved from "https://theouterlimits.fandom.com/wiki/Anthony_Lawrence?oldid=10429"
Community content is available under CC-BY-SA unless otherwise noted.