Start a Wiki
In the course of a television (or now, streaming) show, there may be episodes or characters that unexp 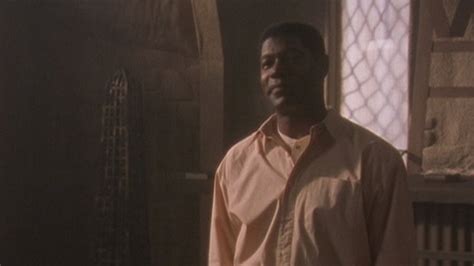 ectedly capture the imagination of the audience. Their popularity is such that as quickly as possible the channel or producers will rush to produce a pilot episode of a new, derivative, series, featuring the elements or character that has proven unexpectedly popular.

However, when a series has run for a while, and because the resources are already budgeted and allocated for that existing series, producers will sometimes make an unconventional or unusual episode, featuring different styles, characters or situations, to see if they can prove to whomever is paying for the show that a planned spinoff would be popular enough to justify taking it to series on its own. This manipulation of an existing budget is called creating a Backdoor pilot - a pilot episode sneaked in through the back door as it were.

The final season of the Outer Limits (1995) was rife with planned Backdoor pilots.

Retrieved from "https://theouterlimits.fandom.com/wiki/Backdoor_pilots?oldid=10360"
Community content is available under CC-BY-SA unless otherwise noted.