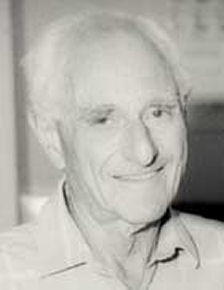 Haas was born in Chicago, Illinois and graduated from Harvard University. In 1935, he began his career at Universal Studios - where his stepfather was friends with studio chief Carl Laemmle - starting as an extra and eventually becoming assistant director and later a director of non-dramatic films. During World War II, he directed films for the Army Signal Corps. He turned to television in the 1950s, and during this period had a brief stint directing low-budget films. Ultimately, however, he settled in television, directing episodes of such popular series as Bonanza, The Alfred Hitchcock Hour, The Outer Limits, and The Man from U.N.C.L.E.

Retrieved from "https://theouterlimits.fandom.com/wiki/Charles_Haas?oldid=10246"
Community content is available under CC-BY-SA unless otherwise noted.