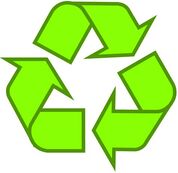 Clip shows reuse past footage and are a good way to keep a production on or under budget, making double (or more) use of footage. Since the footage used is from an episode already completed and archived, it is extremely cheap to use this footage to pad out an episode.

Frequently, in the Outer Limits clip shows the footage used misrepresents or even ignores the original storyline or adds some inconsistent overlay or interpretation clearly not intended in the original episode from which the footage is taken.

If a clip show also uses a reduced number of actors and limited sets, it is also referred to as a bottle show.

Retrieved from "https://theouterlimits.fandom.com/wiki/Clip_shows?oldid=10356"
Community content is available under CC-BY-SA unless otherwise noted.