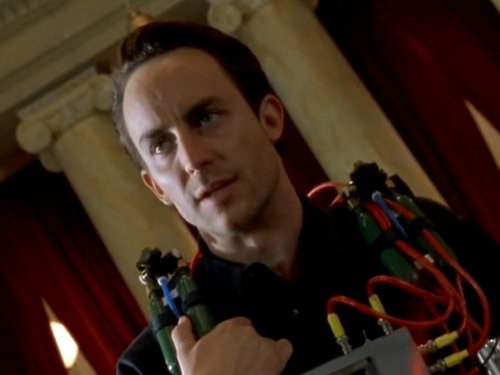 Cold fusion is also referred to as the Anomalous Heat Effect AHE, reflecting the fact that there is no definitive theory of the elusive reaction.

The Fleischmann-Pons Effect of Excess Heat

When hydrogen, the main element of water, is introduced to a small piece of the metal nickel or palladium, a reaction occurs that can create excess heat and transmutation products. Excess heat means more heat comes out of the system than went in to the system. The excess heat can make hot water and useful steam to turn a turbine and produce electricity.

Cold fusion devices are typically small table-top laboratory experiments, ranging in size from tiny test-tubes to small refridgerator-sized generators. In spite of the relatively small size of the cells, the cold fusion reaction produces so much heat, it is more than can be accounted for by chemical means. and therefore must be some type of new nuclear mechanism, for cold fusion is not like today’s dirty and dangerous nuclear power.

No radioactive materials are used in cold fusion. LANR occurs as the tiny protons, neutrons and electrons of hydrogen interact, releasing energy slowly, through heat and photons, without the dangerous radiation associated with conventional nuclear reactions, and cold fusion makes no radioactive waste.

Hydrogen is the most abundant element in the universe. On Earth, hydrogen is found in water. An energy source from hydrogen is clean, with no carbon-dioxide CO2 emissions. In LENR reactions, only tiny amounts of the hydrogen are consumed and the metal is recyclable when spent.

Transmutation occurs when one element is transformed, or transmuted, to another element. The creation of elements by transmutation has been the dream of alchemists for millenia. Now, new energy scientists are able to create new elements in their labs using LENR techniques. Research has shown that radioactive materials can be transmuted to benign elements, promising a path to ridding the planet of thousands of tons of radioactive waste.

Cold fusion energy generators will not need to be connected to an electrical grid. Small and portable power units will provide energy on-demand in any location. When access to water means access to fuel, local communities will find new-found independence with control over their own energy choices. Hot, clean water provides a health revolution around the globe.

Cold fusion means it is economically-viable to recycle all waste, restore wilderness and waterways to pristine conditions, and keep a planetary biosphere from extinction.

Hydrogen isotopes Protium, Deuterium, and Tritium. Protium H is the familiar hydrogen found in water; in seawater, 1 out of every 6400 hydrogen atoms is deuterium.

Accessing the energy of the central portion of the atom provides fusion-sized energy density, allowing for green human development and the opportunity to grow and explore the universe with long-term spacecraft power, and a fuel that makes up 99% of the universe.

As a handful of independent labs from around the world bring two-and-a-half decades of research to fruition with commercial prototypes, the global effort to make cold fusion energy a physical reality marks the shift in our evolution as a species.

In the Outer Limits

Cold fusion in the Outer Limits is an almost magical formula. It affects human minds such that discovering it, and realizing how wrong all conventional math, physics and chemistry truly are, turns the discoverer into a homicidal maniac without exception. It also seems to only be discovered by nerdy loner types.

Retrieved from "https://theouterlimits.fandom.com/wiki/Cold_fusion?oldid=7022"
Community content is available under CC-BY-SA unless otherwise noted.