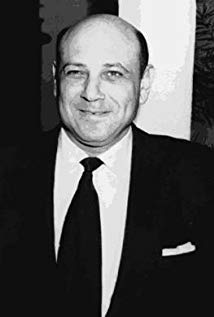 Feist was the son of a MGM sales executive, Felix F. Feist (1884–1936), and nephew of a publishing house magnate, Leo Feist. He was educated at Columbia University.

He is probably best remembered for Deluge (1933), for writing and directing the film noirs The Devil Thumbs a Ride (1947) and The Threat (1949), and for helming the second screen version of the Curt Siodmak sci-fi tale Donovan's Brain (1953), which starred Nancy Davis before she became known as Nancy Reagan.

He directed Judy Garland and Deanna Durbin in their first significant screen appearances, in the 1936 short film Every Sunday.

Feist was the adoptive father of fantasy author Raymond E. Feist and was also briefly married to Lisa Howard, a pioneering female journalist and television news anchor, who also appeared in a few of his films such as The Man Who Cheated Himself, Guilty of Treason and Donovan's Brain.

Retrieved from "https://theouterlimits.fandom.com/wiki/Felix_Feist?oldid=7504"
Community content is available under CC-BY-SA unless otherwise noted.