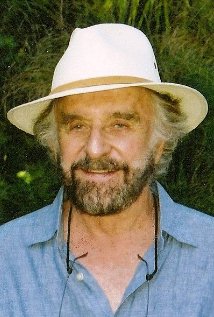 Joseph Lawrence Scanlan (born August 16, 1929) is an American film and television director who directed episodes of popular TV shows such as Lois & Clark: The New Adventures of Superman, What's Happening!!, Spenser: For Hire, Falcon Crest, Land of the Lost, and also the NBC-TV soap operas Somerset and Another World in the early 1970s. He also directed four episodes of Star Trek: The Next Generation during its first and second seasons, and also, an episode of Gene Roddenberry's Earth: Final Conflict.

Scanlan was nominated for a Gemini Award for Best Direction in a Dramatic Program or Mini-Series (The Outer Limits) in 1995. He directed "The Big Goodbye" (Star Trek: The Next Generation) which won a Peabody award in 1987.

Retrieved from "https://theouterlimits.fandom.com/wiki/Joseph_Scanlan?oldid=7141"
Community content is available under CC-BY-SA unless otherwise noted.