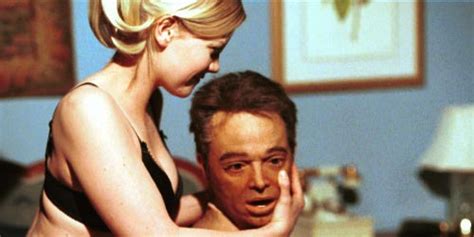 "Mona Lisa" is the sixth episode of the seventh season of The Outer Limits television show. It first aired on April 20, 2001.

A blue-collar repo woman discovers and befriends an escaped android.

Mona Lisa 37X is an artificial human, an android. She was built by the Quantitron corporation and is equipped with GPS, Chomsky language accquisition, an abilty to access the Internet, extreme strength, and the abilty to start any electronic equipment, such as cars or ATMs. She appears human and desires to be human. She uses food for energy. She has a strict moral code, which results in cognitive dissonance in her mind, as she is trained to be an assassin.

Mona Lisa is a machine assassin that develops a sense of humanity after the creators disengage her fail safe devices and she proceeds to find out more about Earth and its inhabitants. Along the way she meets a woman who has been separated from her daughter. Very standard fare especially compared to earlier Femme Fatales / fembot android stories in Outer Limits (1995) but this was yet another final season backdoor pilot.

Retrieved from "https://theouterlimits.fandom.com/wiki/Mona_Lisa?oldid=8456"
Community content is available under CC-BY-SA unless otherwise noted.