The Outer Limits is an American television series that was broadcast on ABC from September 16, 1963 to January 16, 1965 at 7:30 PM Eastern Time on Mondays. The series is often compared to The Twilight Zone, but with a greater emphasis on science fiction stories (rather than stories of fantasy or the supernatural matters). The Outer Limits is an anthology of self-contained episodes, sometimes with a plot twist at the end.

"There is nothing wrong with your television set. Do not attempt to adjust the picture. We are controlling transmission. We control the horizontal, we control the vertical. For the next hour, sit quietly and we will control what you see and hear. You are about to participate in a great adventure. You are about to experience the awe and mystery which reaches from the inner mind to…The Outer Limits.” This was the ultimate monster-of-the-week show. Other series might explore the bizarre or the fantastic with the aim of exciting, amusing or merely arousing dormant grey cells, but this 1963 American anthology series was designed to scare the living daylights out of its audience. Week after week, your television set was taken over by some of the creepiest aliens ever created for the small screen. These weren’t cuddly extraterrestrials, these were full-blooded agents of terror, collectively dubbed ‘Bears’ by producer Joseph Stefano, screenwriter of Alfred Hitchcock‘s Psycho (1960). According to Stefano, the ‘Bear’ is that one splendid, staggering, shuddering effect in a story that induces awe or wonder or terror, and among the most memorable ‘Bears’ were giant bugs with ugly humanoid faces for The Zanti Misfits, living rocks in Corpus Earthling, a shimmering Andromedan conjured up for The Galaxy Being, a flat-faced cyclops in O.B.I.T. and The Invisibles, which were slug-like parasites that burrowed into their human hosts, attaching themselves to the spinal cord and dominating the subject’s will." 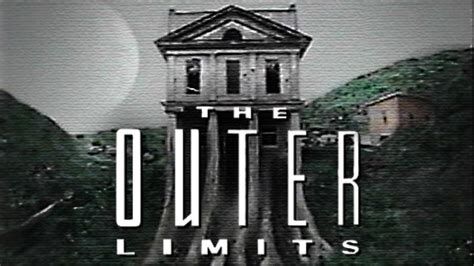 Retrieved from "https://theouterlimits.fandom.com/wiki/Outer_Limits?oldid=7783"
Community content is available under CC-BY-SA unless otherwise noted.