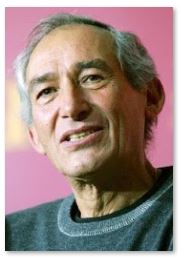 Born October 31, 1913 in New York City, Lester wrote for radio and then
for early half-hour television anthologies like "Four Star Playhouse,"
"Climax," and "The Millionaire." He wrote or co-wrote twenty episodes
of "Perry Mason" before succeeding whodunit guru Gene Wang as the
show's story editor and eventually moving up to producer. Lester later
followed Ben Brady, "Perry Mason"'s executive producer, to United
Artists when Brady took over "The Outer Limits"' doomed second season.
Lester served as the show's story editor, and wrote the episodes "Wolf
359," "The Probe," and (sharing credit) the excellent two-parter "The
Inheritors."

In between, Lester did a short-lived stint at Universal, where he
produced a single episode of "Arrest and Trial" before a conflict with
the exec producer, Frank Rosenberg, led to his departure. More
productively, the same year (1963) Lester co-wrote the two-part
premiere of "Kraft Suspense Theatre," entitled the "The Case Against
Paul Ryker." That show was later released as the feature "Sergeant
Ryker" (with Lee Marvin) and Lester's characters were spun off into the
series "Court Martial," starring Bradford Dillman and Peter Graves.

Lester also wrote scripts for "Crusader," "The Californians,"
"Bonanza," "The Virginian," "Hawaii Five-O," "Ghost Story," "The
Invisible Man," and "Nero Wolfe." But he told me that "Perry Mason"
was his toughest assignment, because "the difference between a mystery
and a whodunit is very vivid."

Retrieved from "https://theouterlimits.fandom.com/wiki/Seeleg_Lester?oldid=9074"
Community content is available under CC-BY-SA unless otherwise noted.