In the Revival Series, as well as creating new narratives by reusing footage in clip shows, there were several examples of later stories being sequels to earlier episodes.

The Innobotics Corporation arc includes: Valerie 23, Mary 25, The Hunt, In Our Own Image and Resurrection.

The war against the insectoids includes: Quality of Mercy and The Light Brigade.

The genetic code aliens arc includes: Double Helix and The Origin of Species.

The time travel arc begun in A Stitch In Time, continuing until Final Appeal Part 1 and Final Appeal Part 2 as well as branching off with footage used in Better Luck Next Time. A further branching off is the use in the Final Appeal double episode of the cold fusion bomb from Final Exam, albeit in the hands of a different madman. The central character is Dr. Theresa Givens played by Amanda Plummer. She won an Emmy for the role.

Clip shows reuse past footage and are a good way to keep a production on or under budget, making double (or more) use of footage. Story Arcs are somewhat economical because they reuse prosthetics and props. But they also allow the full exploration of story points or interesting topics that might be omitted in a single episode.

Interestingly in the case of the Outer Limits although reuse and repurposing of footage must have factored in the use of clip shows and story arcs considerable care and attention still went into the shows, which had a traditional Outer Limits "sting in the tail" ending in each case.

An unusual pair of episodes: Veena Sood plays the same character - "Dr. Katzman", in the episodes The New Breed and Caught in the Act, meaning that those two episodes take place in the same universe, and are therefore linked. 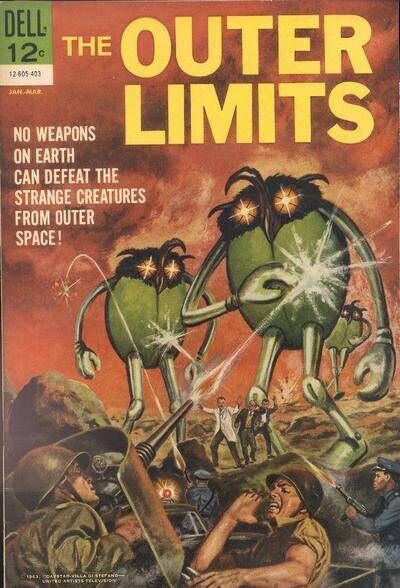 Retrieved from "https://theouterlimits.fandom.com/wiki/Story_Arcs?oldid=10213"
Community content is available under CC-BY-SA unless otherwise noted.