"Think Like a Dinosaur" is an episode of the seventh season of The Outer Limits based on a short story of the same name by James Patrick Kelly.

Dinosaur-like aliens have set up an installation on the Moon to teach humans interstellar teleportation. When an accidental duplicate of a woman is created by the teleportation process, it creates an ethical dilemma.

“We believe that human advancement should be attained at almost any cost, but what if the ultimate payment is one's soul?”

Michael Burr is the only permanent human occupant of the Tuulen station, situated on a vast empty plain of the Moon. His companions are the Hanen, an emotionless, dinosaur-like alien species who have developed a highly-advanced means of long-distance travel by 'jumping' through space. Achieved by creating an exact duplicate of the jumper, the copy is reconstituted at the destination point and the original destroyed, thus leaving only one.

Kamala Shastri is one of the test jumpers to arrive for travel to the planet Gend, but in the final stage of the transfer, something inexplicable happens. Confirmation of her duplicate's arrival is not received from Gend and the procedure is temporarily aborted. When it's later determined that Kamala's copy does indeed exist, Michael is called upon to 'balance the equation' and eliminate the original. Michael knows the human race is desperate to access a technology that would allow them to leave behind a planet now virtually destroyed by pollution and over-population. He also knows it is imperative that he avoid a protocol breach with the Hanen, but can he bring himself to kill Kamala?

Michael slowly develops feelings for Kamala, and he remembers his deceased wife whom he could not save from disease. Because of this, he can't bring himself to kill Kamala. Michael is eventually convinced by the Hanen that "duplicates" create too many problems, and he deceives Kamala into thinking he will help her escape only to release her from an airlock. Two years later, the "real" Kamala returns (she's actually a copy of the copy since she jumped back) and recognizes Michael as her co-ordinator on that original jump. Obviously tormented from murdering her original, Michael claims that she must be mistaken.

“As we pursue technological advancement we should be careful not to abandon our humanity in the process.” 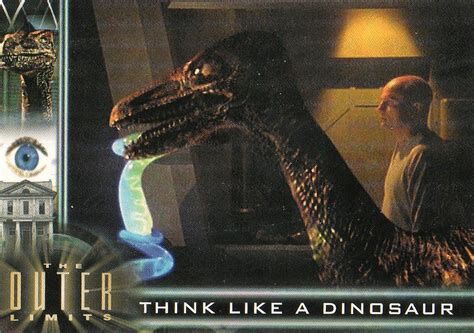 This story features a contaminated and over populated Earth, that is recently in contact with a Dinosaur like alien species called The Hanen, these aliens have chosen to share their advanced technologies such as interstellar travel but effecting very rigorous protocol over the procedures.

The interstellar travel machine works by making an exact molecular copy of the travel called "jumper" at the place of destination, however the original human being is eliminated through incineration as to balance the equation.

In that a psychoanalyst is send undercover to spy on Michael Burr, a scientist leading the program is the responsible for activating the incineration device to prevent breach of protocol that could cost a great deed to the human race with the hanen remove their interest in showing this technology to humans.

The next jumper arrives, her name Kamala Shastri, her destination planet Gend .

The transportation is aborted and Kamala is brought back to life before being incinerated, with a huge trauma for the pain and experience she went through.  The Hanen in charge of operating the transporter says he will get back to Burr as he finds what really happened, so he takes Kamala to her Quarters.

Later the Hanen says the molecular copy was succesful and orders Michael to balance the equation, which will mean killing Kamala. Michael slowly develops feelings for Kamala, and he remembers his deceased wife whom he could not save from disease. Because of this, he can't bring himself to kill Kamala. Michael is eventually convinced bythe Hanen that "duplicates" create too many problems, and he deceives Kamala into thinking he will help her escape only to release her from an airlock. Years later, the "real" Kamala returns (she's actually a copy of the copy since she jumped back) and recognizes Michael as her coordinator on that original jump. Obviously tormented from murdering her original, he claims that she must be mistaken.

They are reptoid Dinosaur like creatures, described as pacifist and vegetarian by Michael Burr, they however absolutely lack anything similar to human emotions.

The Hannen planet has a different atmosphere as the Earth's, therefore they must have specially conditioned facilities in the moon interstellar transportation station. Hannen's native atmosphere is three times denser than Earth normal and consists of far more carbon dioxide.

This species perhaps related to the reptilians that can be seen in other chapters for example "Quality of Mercy" and "The Light Brigade"  however these aliens are fairly more anthropoid looking and omnivorous as they feed on some insect like lifeforms. Other reptilian like species is also  featured in 2nd season episode the "The Deprogrammers" a race that enslaved the humans.

The jumper is given releases to sign, ordered to fast and avoid drinking. At the time of entering the chamber to be transported the jumper is given an untasty liquid grayish looking beverage to drink which Michael Burr describes as similar to a drink on earth at that time. Later as the jumper enters the chamber completely naked the chambers locks itself after and the Hanen activates the procedure through some controls looking siimilar to an static ball. Then the scientist must activate the incinerator to eliminate the duplicate manually pushing a red button.

Community content is available under CC-BY-SA unless otherwise noted.
Advertisement